This year all the eyes are on Femina Miss India 2018 and why shall it not be, for the reigning Miss World, Manushi Chhillar will pass on her legacy to the new queen as the next Miss World India, who will then represent India at Miss World 2018 hoping for a back to back victory.

After observing all the thirty state representatives through various videos, behind the scenes insights and social media presence, The Kaleidoscope of Pageantry is here to present the much awaited final hotpicks for Femina Miss India 2018. While the competition since the beginning seemed in the favour of the north and the east zone, as the journey progressed many dark horses emerged to gear up their game. So without any further ado let’s talk about the final favourites of The Kaleidoscope of Pageantry, who can perform very well not only in the grand finale of Femina Miss India 2018, but also at the international platforms.

At this juncture of the pageant, Meenakshi Chaudhary from the home state of the reigning Miss World, Manushi Chhillar, seems the safest choice for a pageant like Miss World. Meenakshi apart from having tall corporeal frame and fine facial features seems ready for Miss World pageant when it comes to Top Model Round and Sports Round. Meenakshi won two gold medals in the sports challenge at Femina Miss India 2018 and was also a Top 6 finalist at Miss Active. Coming from an army background, where she lost her father few months ago, Meenakshi despite of all the odds has been managing her medical education and pageant with complete conviction. The 21 years old beauty has been a state level badminton and swimming sportsperson and is currently working on her Beauty with a Purpose project revolving around the idea of oral hygiene. The edge Meenakshi has over others is her spontaneous personality, and now that she has won Miss Photogenic she has solidified her position in the game. She comes across as more natural than some of the front runners and if crowned as Miss World India, Meenakshi can be moulded into a better version of herself.

Mary Khyriem is the rare find of Femina Miss India 2018! While some pageant critics believe she is hyped, I say she deserves all the limelight and attention for the right reasons. The most effective tool which Mary possesses in this journey is that she is simply being herself and is not at all trying hard to come across as a front runner. After watching all the media bites and introduction videos, I believe Mary throughout the journey has emerged as highly convincing and genuine, who is living the moment with the approach of a healthy competition. Mary has been open to all suggestions and constructive criticisms, and after getting shortlisted in more than eight important sub-contests like Beauty with a Purpose and Miss Rampwalk, Mary has strengthened her position in Top 3. She won Miss Talented subtitle at both zonal and national level and has also been awarded with the title of Miss Refreshing Beauty. 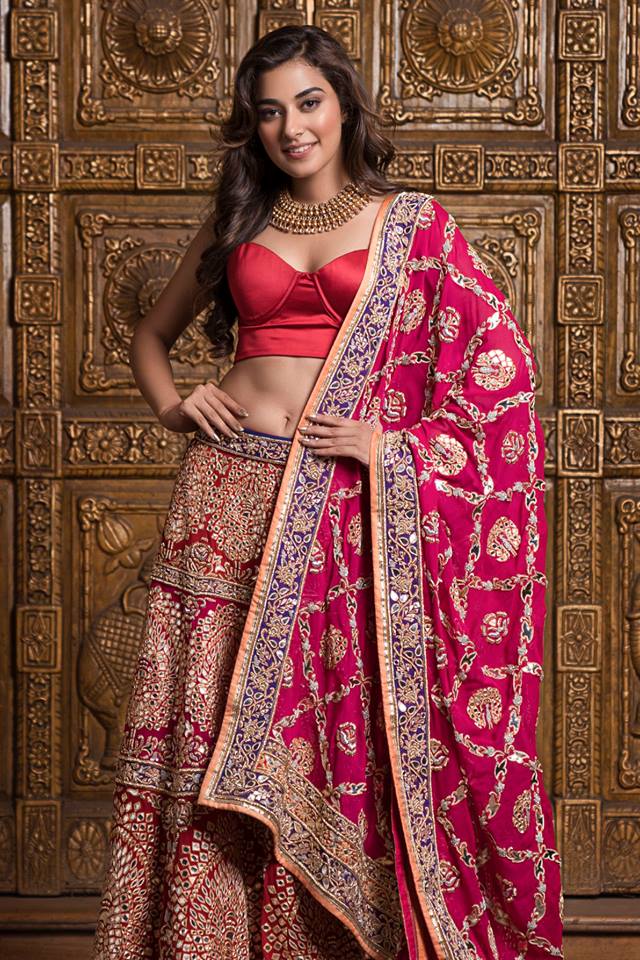 This beautiful lady has everything to lock her place in the Top 3 and certainly deserves a Top 6 placement. Her stage presence is remarkable and she has one of the best rapwalk styles in the entire batch. Despite of coming from the showbiz background, Stefy has been very warm to her fellow contestants. With the stunning face, positive demeanour and spectacular stage presence like that, Stefy should never be wasted. She is suitable for both Miss Grand International and Miss United Continents pageants and has the calibre to give great results in any of the aforementioned pageants. She has really worked hard to be in Femina Miss India pageant after many attempts erstwhile, and has everything to turn million heads. 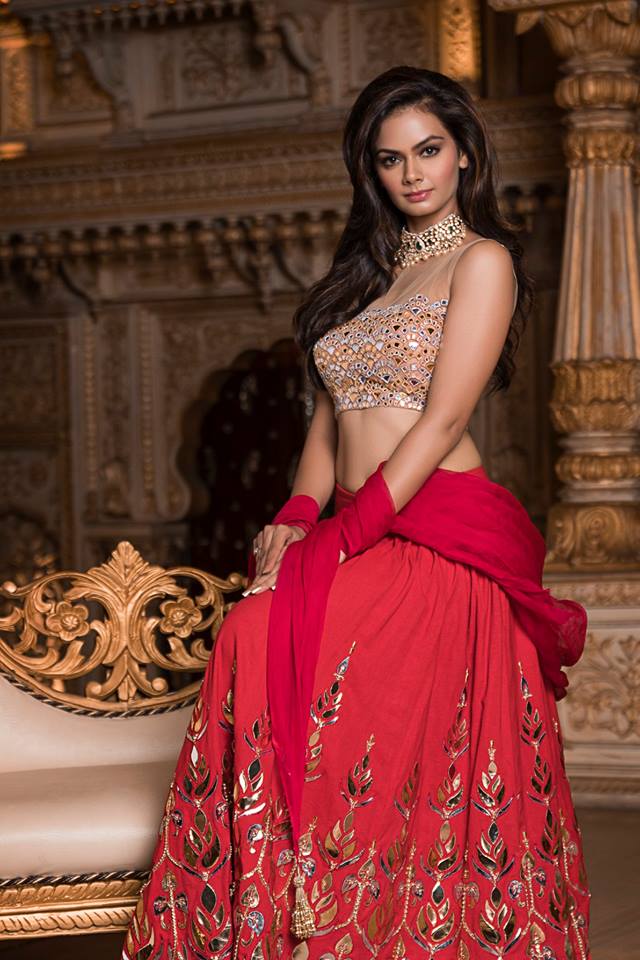 What a beautiful surprise Meena has proved out to be in this pageant. After winning the title of Miss Rampwalk, Meena has turned out to be a very strong candidate in the batch. This beautiful lady was always in my radar when it came to styling sense and posing for the pictures. Scrolling down her Instagram profile, I always believed five years down the lane, Meena is going to be a successful print model for sure. With those photogenic facial features and stunning stage presence, she stands out in all the group photographs and has a body well in shape. If she is to be sent to any international pageant, Miss Grand International pageant would be a smart choice, where facial beauty, photogenic features and good stage presence is treasured. 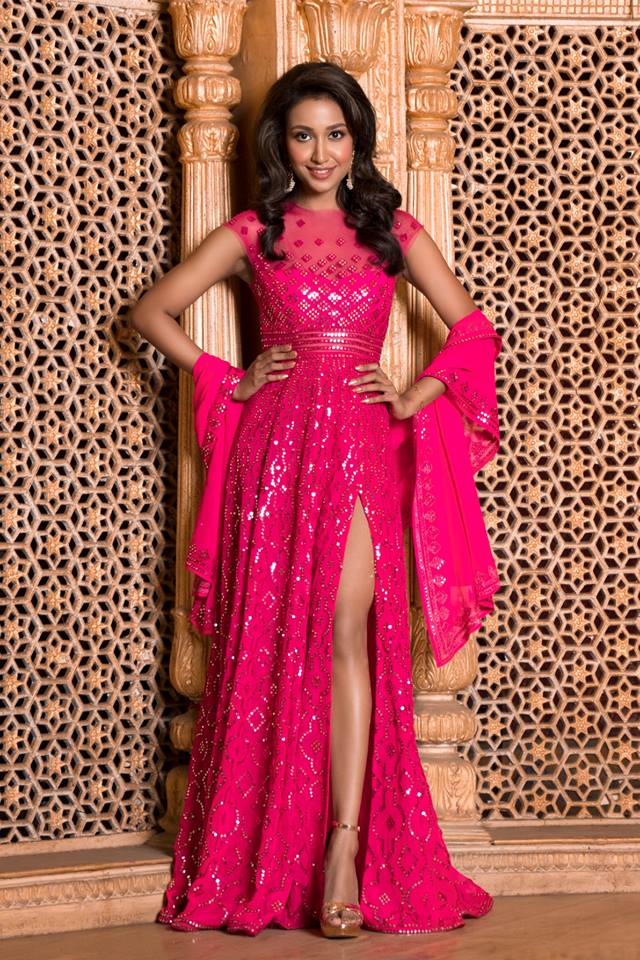 If I were to chose the most eloquent candidate in the batch, without a second thought my choice would be Prarthna. She is the wisest speaker of the batch and her polished personality shines bright like a diamond when she talks off or on the camera. She won one gold medal in the sports challenge held at Bennett University and has been the All India Best NCC Cadet erstwhile. Apart from that she has also been the Youth Delegate of Russia and has held Governors medal recipient title with utmost pride. She loves painting, singing and photography and has one of the most unique personalities in the Femina Miss India 2018 batch. If Femina Miss India Organization is to crown an unconventional winner for Miss World, crowning a wise and eloquent persona like Prarthna would be a strong move.

If there is someone who gave the most incredible insights of the Femina Miss India 2018 journey through her social media, it has to be Shreya! I believe, she will win Miss Multimedia title on the grand finale and will make a straight entry to the semi-finals. Her open-hearted and warm nature, outgoing personality and happy to go lucky optimistic aura has made people follow her journey, if not completely adore her. Irrespective of whether she walks home with the crown or not, she is going to be remembered as one of the impressive candidates this year. If considered for an international pageant, it has to be Miss United Continents, where her gregarious personality would be welcomed. Winning an important title like Miss Goodness Ambassador, Shreya has affirmed her prowess.

If there is someone who has lived the pageant with utmost liveliness, it is none other than Lily Darnei. She made her grip tight in the pageant right since her getaway goddess video was praised by the pageant fans and critics. Her dainty smile, cheerful and positive aura along with her stronger personality when it comes to Sports Round and Miss Active sub-contest, asserts that she is here to make it big! With the sleek and sexy body and impressive stage presence, Lily is very much suitable for a pageant like Miss Grand International and if sent to this edition of the said pageant, which is slated to take place in Myanmar this October, Lily with her distinctive north eastern facial features will not only reflect the diversity of India but will also gain enormous social media momentum with her huge fan base.

Anukreethy shined in the competition right since the live session at Femina Miss India 2018, wherein she was seen talking about the struggles which made her reach at this laudable platform. After seeing her resort wear photoshoot and unveiling photoshoot and after beholding the charm which she embodies while walking the runway, I certainly see the Miss Beautiful Smile winner, Anukreethy, shining on the big day.

Bhavna has impressed me a lot in this entire one month. Be it her killer pose and expressions during photoshoot or awe-striking stage presence during the press conference, Bhavna never faded in the crowd. This national level skater has an impressive body language and talks sense whenever she is seen facing the camera.

Anushka solidified her place in the finals by making it to Top 10 of Shining Star and also by giving great shots in the resort wear shoot, glam shoot and the unveiling shoot. Coming from a rich educational background, Anushka comes from the Campus Princess camp and has the aura to shine on the finale.

Aashna has a great stage presence and an amazing rampwalk. While watching all the ramp videos, Aashna stood out effectively in my opinion, she speaks well and has a magnetic personality to turn heads.

Ruopfuzhano is incredibly smart and wise for her age. Being the youngest in the batch, she talks sense and holds maturity to project her personality in an impressive manner.

Throughout the competition, Nimrit Kaur Ahluwalia reflected the amalgamation of an impressive styling sense, smart communication skills and polished body language.  Being well groomed in advance, Nimrit stood out during many episodes of the pageant.

Kamakshi comes across as well educated girl, her ideas and words sound intellectual and her personality appears wise and polished. She commands attention whenever she expresses her opinion. She certainly deserves a placement in the semi-finals.

Mehaak has a stunning face and beautiful smile. She comes across as smart, vivacious and chic. Her official live session at Femina Miss India was quite fun and engaging.

Winning Miss Body Beautiful in such strong batch is no cakewalk. Anna comes across as mature and wise lady and has always maintained her splendour at various junctures of the pageant.

Spandana has been very active on social media and has given her best in philanthropic projects. She has worked a lot on her body since her crowning as Femina Miss India Chhattisgarh, and has shown an amazing transformation.

Bhavana has a beautiful face and a very generous personality. She speaks very well. Her journey has been an interesting one.

I am in awe with the gorgeous expressions, Parmila highlighted during all the photoshoots. Her getaway goddess video was a bliss to eyes and her social media posts were quite gratifying.

With this, I am signing off my reviews on Femina Miss India 2018, wishing all thirty state representatives good luck with a positive note, irrespective of whether you win the crown or not, you are a queen making it this far. The doors for new adventures are open till eternity, inviting you to foray in ample new fields. Here’s to new beginnings! 🙂