The fourth edition of Miss Grand International 2016 is scheduled to take place on 25th October 2016 in Las Vegas, Nevada, USA at WestGate Las Vegas Resort & Casino. At the conclusion of the pageant, Claire Parker from Australia will pass on her crown to her successor.

With the pageant season high in air, let’s give you a sneek peak of Miss Grand Indonesia 2016, Ariska Putri Pertiwi’s National Costume. The costume is named as “Royal Sigokh.” 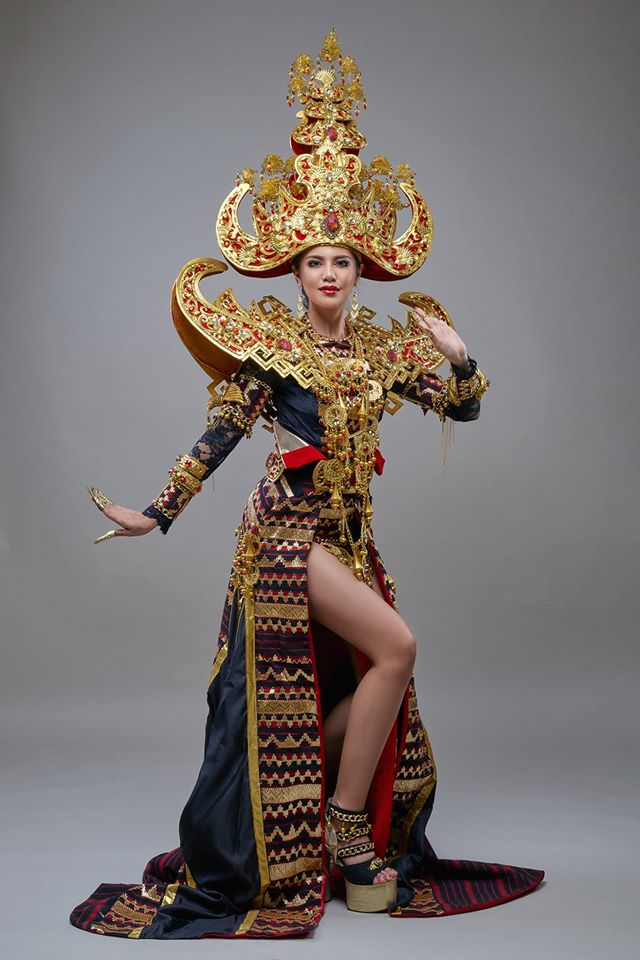 Sigokh is a typical crown from Lampung city and became a symbol of the majesty of the local culture imposed by Kebayan (bride) and Bangsawan (nobleman). The national costume is made from copper, brass or other metal painted in gold and has nine or seven curve branch.

Long time ago, Siger is made up of real gold and worn by Lampung women not only as a bridal crown, but as jewelry worn every day. Sigokh has two kinds of different characteristics in the form of the curve of its crown. For the Saibatin tradition, it has 7 curve siger (Sigokh/Siger Lekuk Pitu). Whereas for the fusion tradition, it has 9 curve siger (Siger Lekuk Siwo/Siwa).

The mightiness of Sigokh is very inspiring to Indonesia women to always maintain the purity and grandeur of this cultural crown. This crown symbolizes mightiness and woman honors.

Do you think the costume has what it takes to be honoured as the Best National Costume of Miss Grand International 2016? Do share your opinions!