The pageant which was supposed to go live at Official Facebook page did not had any live updates as the reason was told that the sponsors backed out from supporting the pageant at very last moment.

Thereafter, few contestants revealed that no pageant was held on the finale day and Rashi Yadav was appointed as the Miss Earth India 2016 titleholder. This stirred a lot of hullabaloo amidst the pageant fanatics, to clear out which The Kaleidoscope of Pageantry talked to one of the contestant, Chum Darang. 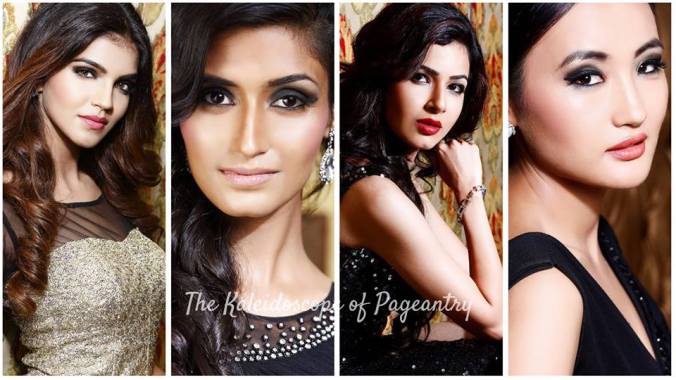 While talking to The Kaleidoscope of Pageantry, Chum Darang revealed: “It was rigged. We were supposed to do our introduction round, which was stopped while some girls were still walking, and a person came on the stage with a tiara, and announced Rashi as the winner. There was no competition. And if they are saying it was prejudged, then know that she just attended the activities twice and most of the girls did so much better. Shaan Suhas Kumar was good, great I’d say. And we, I mean all the contestants are going to sue the organizers.”

Another contestant Hemal Ingle took over to social media to express her dejection while saying:

“Here’s what happened, last night was the day we finalists of Miss Earth India were desperately waiting for the past 6 months (bangalore auditions) or even more (Delhi auditions). This was a pageant with amazing women, all the finalists were such tough competition which motivated each one of us to work harder and become better as finalists. They said they were working for a cause which is so pure and most of us worked so hard to be a voice for the cause. We were often called to Delhi without considering our place of location at our own cost of travel and stay. A total of 6 activities were conducted in Delhi on different dates which made the whole thing more expensive for each of us and even more time consuming. None of the finalists were aware about absolutely any of the court orders Miss earth India received before this until the first round of ethnic wear was done and we were backstage and some of us were on stage and sent back when the police came and stopped the show. Even after all this happened Mr Maithani came to the stage with a man from Carousal productions who we saw for the first time in our lives took the mike calling us contestants loudly infront the guests like “come out girls, come out aa jao bahar”. After this he started telling everyone about the court case which we heard for the first time. The pageant was never transparent about anything with any of us. We feel robbed, heart broken and cheated. We did so much for this pageant and we were told the winner will be someone who served the cause and someone who was a perfect representative for our nation. We have nothing against Rashi, we have a problem that it was declared that she was chosen on merit. People like Shaan visited Houston, Chum did so many awareness campaigns in her entire state, these are just to name a few. The girls gave away so many things and made so many sacrifices in these past 6 months, people have left jobs, education, given up so many assignments to be crowned as the next Miss Earth India. What happened has broken all of us and reading negative comments about us on this community just is adding up to the pain. We are beauty queens and pageant girls we were always treated with immense disrespect by the organisers, they yelled at us all the time. We were not served lunch on the finale day and given no accommodation either. Even after all this we managed to put up a smiling face on stage but after the whole drama that happened where in the winner was announced even before any of the contestants got a chance to speak on the mike or even introduce themselves, every contestant lost their minds. We are not mad women and don’t lose our minds so easily, we are strong women but with the kind of torture we have dealt with we were pushed to this level where we cannot take it anymore. We are pageant girls, is this how we deserve to be treated? Indian pageantry is losing its charm due to such disrespect towards it by the organisers, yesterday was one of the biggest examples of that. We demand justice and we are strong and capable enough to get it. We will because we can.”

The contestants believed that a proper pageant should have been conducted and that they do not have any problem with Rashi Yadav being crowned as the winner, but she should have won the competition fair and square.

Now lets see what Miss Earth India team has to say in response to the entire incident. What is your take on the matter? Do share your opinions!