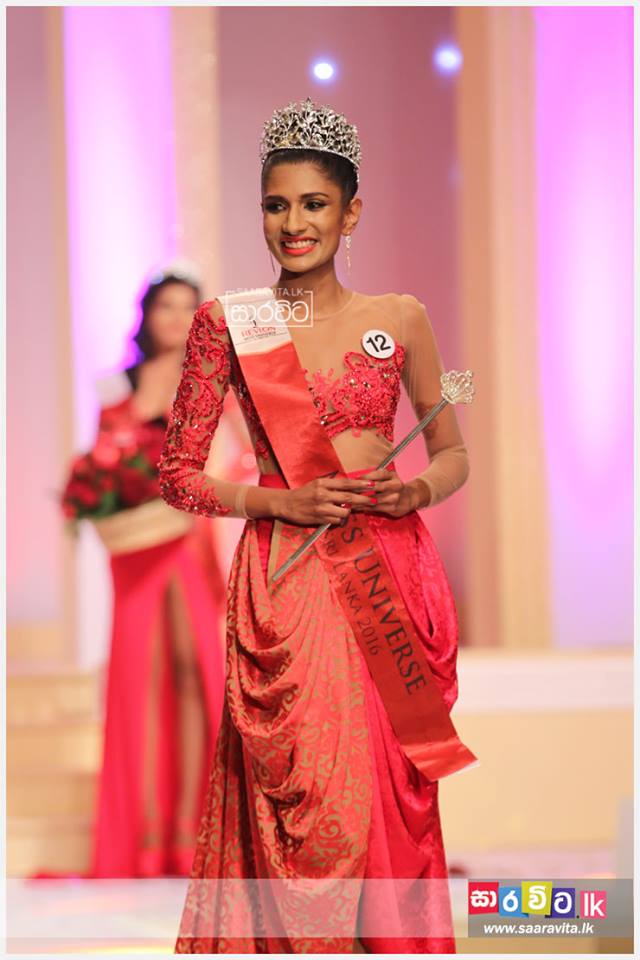 The newly crowned Miss Universe Sri Lanka, Jayathi De Silva is not new to the glitz of pageant world and has been honoured as the runner up of Miss World Sri Lanka last year. Expressing her ecstasy after winning the crown and right to represent her country at world’s most renowned and talked about pageant, Jayathi wrote on her official social media handle,

“So I did it! After a long journey, hard work, and sacrifices I was crowned as the Miss Universe Sri Lanka 2016 yesterday night! 😀 😀 Thank you for those who believed in me and helping me out in every way!”

Sri Lanka earned its highest placement in the year 1955 through Maureen Neliya Hingert, who was crowned as the second runner up to Hillevi Rombin of Sweden. Since 1955, Sri Lanka has not made the cut to semi-finals of Miss Universe pageant.