Kristhielee Caride, Miss Universe Puerto Rico 2016, who was dethroned before a month ago has sued the Miss Puerto Rico Organization on April 14, 2016. Kristhielee Caride has reportedly filed a $3 million (£2.1 million) lawsuit on Thursday in which she demands the return of her crown and the multiple gifts she won after winning Miss Puerto Rico pageant. The prizes included a car, plastic surgery and a seven-day cruise.

Kristhielee Caride underwent a massive depression few weeks ago due to all the chaos she experienced after her dethronement. As a result, she was admitted to the psychiatric hospital. A month ago, in the press event, Kristhielee was found saying that she does not like cameras, and as a result she was replaced by Brenda Jimenez without any delay.

Many fans across the world were questioning Kristhielee Caride’s dethronement saying that she should not have been dethroned for such a silly reason. The anger of her fans was such that many people were demanding the Miss Universe Puerto Rico organization to take back their decision, and reappoint Kristhielee Caride as Miss Universe Puerto Rico 2016.

In the lawsuit filed by former Miss Puerto Rico, Kristhielee Caride the allegations are clearly made on the basis of breaching of contract and contractual damages. The lawsuit is filed against PR Crown Entertainment and officials including Desiree Lowry, national director of Miss Universe Puerto Rico. 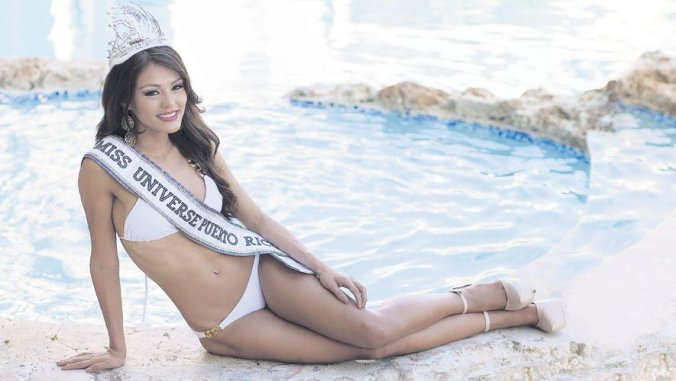 However, the Justice Secretary, Antonio Sagardia revealed to the media that Desiree Lowry declined to meet with Miss Caride’s lawyer at their request. Antonio further added, “There’s nothing to talk about. Our decision is final.”